We are happy to announce that Editura Allfa (Romania) has acquired rights of 'Das Lächeln der Frauen' (The Smile of Women), by Nicolas Barreau, originally published in German by Thiele Verlag (hard cover) and Piper Verlag (paperback). With this acquisition the novel reaches its 11th translation.
* More than 50.000 copies sold in Germany.
* A Best Seller in Italy and Spain. 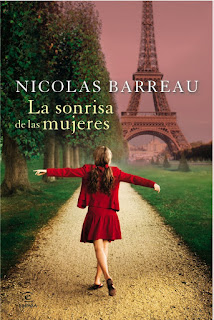 Publicat per SalmaiaLit a 10:46 Cap comentari: 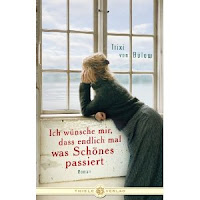 She’s called Fritzi Berger and would like to be Grace Kelly. She has a child but no husband. She slaves away in Cologne and dreams of Nice. She’s an everyday heroine, and we all will heartily wish that something nice would finally happen to her.
Fritzi is a woman who has become strong for reasons of self-defence, has left her husband a year ago, with as many self-doubts as yearnings, and has a little daughter Lilli who creeps into her bed every night with her cuddy toy Robbie. She has a badly-paid job as an editor at a publishing house and fifteen years of marriage behind her. And just when her 40th birthday is approaching, Fritzi’s friend Johanna persuades her to go to the seaside for a couple of days.
A gripping, sometimes sad, deeply comic, very moving and true-to-life love story with a surprising twist in its tail. A novel about the wish (and possibilities) to find happiness once again in spite of everything. It is never too late for nice things to happen to us!
"When I was 12 I had seen a film with Audrey Hepburn, "A Nun's Story" and adored this fragile woman with her big brown eyes. But after a while it was pretty clear to me that I would never become a Audrey-Hepburn-kind of woman. I was a fearless, blond girl with a strong will that had nothing weak about her. So maybe this has been the reason that I had to carry all my bags and boxes with bottles on my own in my later life. "Don't worry – I will get along" is obviously written on my forehead and unfortunately I'm not the kind of woman who seems to be so helpless that men would be eager even to press down down the door-opener for them." (fragment of I Wish Something Nice Would Happen At Last)
Trixi von Bülow is herself a middle-aged woman and the author of successful self-help books in Germany: Der kleine Männererkenner (A little guide to men), 101 Dinge, die man tun kann, um eine Frau glücklich zu machen (101 things you can do to make a woman happy), Wie man einen Mann um den Verstand bringt (How to drive a man out of his mind) and Das Trixi-Prinzip (The Trixi Principle).
Rights: SalmaiaLit on behalf of Thiele Verlag (specific territories/languages)
Publicat per SalmaiaLit a 22:46 Cap comentari:


We are happy to announce that Kinnernet-Zmora Dvir (Israel) has acquired rights of 'Das Lächeln der Frauen' (The Smile of Women), by Nicolas Barreau, originally published in German by Thiele Verlag (hard cover) and Piper Verlag (paperback). With this acquisition the novel reaches its 10th translation.
* More than 50.000 copies sold in Germany.
* A Best Seller in Italy and Spain.
Righst previously sold sold to: St. Martin’s Press (USA, World Eng. Rights), Espasa (Spanish), Feltrinelli (Italy), Verus Editora (Brazil), Quinta Essencia (Portugal), Columna (Catalan), The Enthusiast (Bulgaria), Azbooka-Atticus Group (Russia) and Stylos (Serbia).
“The story that I would like to tell begins with a smile. It ends in a smallrestaurant in Saint-Germain-des-Prés, exactly there where the heart of Paris beats ...” (from: The Smile of Women)
A romantic story of confusion between art and cuisine. A light-hearted novel about the wonderful delirium of love. A story told with Parisian charm – too wonderful not to be true.

There are no coincidences! Aurélie Bredin, who has taken over her father’s restaurant Le Temps des Cerises after his death, is sure of this truth. On a fateful Friday in November when Aurélie is feeling more depressed than ever before, she discovers a novel in a bookshop entitled The Smile of the Women. Intrigued, she comes across a sentence that refers to her own small restaurant.
After reading the entire story, Aurélie no longer wants to die. Instead, she wishes more than anything to meet the author of the novel because she is convinced that, without even realizing it, he has saved her life. She would like to show her appreciation and invite him to her small, charming restaurant that apparently he is already familiar with. However, her wish proves to be a difficult, almost impossible, endeavour. All attempts to contact the shy English author through his French publishers are blocked by the company’s gruff editor-in-chief, André, who only with great reluctance forwards her enthusiastic letter.
Aurélie refuses to give up, however, and when one day a letter from the reclusive author actually lands in her post box, the encounter that eventually takes place is completely different from what she had ever imagined …
--
- L’amour à la Barreau: Turbulent, amusing and inspiring. For all readers of novels by Anna Gavalda and Marc Levy
* Visit the Spanish website of the novel: www.lasonrisadelasmujeres.com
Nicolas Barreau (born 1980, Paris) studied romanistic languages and literature at the Sorbonne. He worked in a bookshop on the Rive Gauche in Paris but is far from an inexperienced bookworm. With his two previous and successful novels published by Thiele Publishers The Woman of my Life (2007) and You’ll Find Me at the End of the World, he has gained an enthusiastic audience.
(Rights handled by SalmaiaLit on behalf of Thiele Verlag)
Publicat per SalmaiaLit a 14:44 Cap comentari: