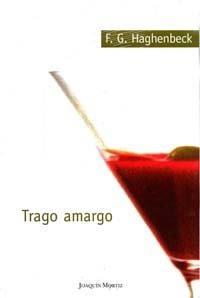 Now, RocaEditorial has acquired World Spanish rights, except Mexico, and will release it in June 2009.
F.G. Haghenbeck is a multidisciplined Mexican author, -and the only Mexican who has written scripts for ‘Superman’ (DC Comics). His last published novel in Mexico is 'El código Nazi' (Planeta Mexico)
He is also the co-author of Crimson (Wildstorm/Time Warner 1999-2001); author of Alternation (Image Comics, 2004) and of other comics.
He now lives in Puerto Vallarta where he devotes his time to writing novels and comics.
All translation rights are available. Contact us for more info: info@salmaialit.com
Publicat per SalmaiaLit a 0:34 Cap comentari:

El castillo de las estrellas (Castle of the Stars), by Enrique Joven.
Publisher in Spain: RocaEditorial, 2007 (283 pp.)
DISCOVER THIS SCIENTIFIC THRILLER DURING THE
INTERNATIONAL YEAR OF ASTRONOMY (2009).
To be published in USA in May 2009 by William Morrow Publishers (NY)
Title: The Book of God and Physics. A Novel about the Voynich Mystery.
Rights sold to: Harper Collins/William Morrow (USA), Il punto d’incontro (Italy), Livanis (Greece), AST (Russia) and Hainaim Publishing (Korea).
* Press releases:
Rene Alegria at William Morrow bought world English rights to Enrique Joven's Castle of the Stars. This suspense novel is narrated by a Spanish Jesuit physics teacher who attempts to unravel the mystery of the Voynich Manuscript, an artifact that first appeared in the court of Rudolph II (1583–1612) of Bohemia.
From Publishers Weekly (04/23/2007)
http://www.publishersweekly.com/article/CA6435422.html?industryid=47146
***
An astrophysicist by training, Enrique Joven recently published in Spain El castillo de las estrellas (“The Castle in the Stars”; Roca Editorial, 2007), a captivating novel about Johannes Kepler, arguably one of the most influential astronomers of all times.
From Criticas Magazine, 06-01-2007
Why They Do It Better? - Spain and the Historical Novel
By Andrea Montejo
http://www.cri
ticasmagazine.com/article/CA6446253.html
***
Written by astrophysicist Enrique Joven, Castle of the Stars (Roca) has at its center the mysterious Voynich Manuscript, an actual book written in an indecipherable language that could possibly hold the scientific and mathematical secrets of Tycho Brahe, Johannes Kepler, Copernicus, and Galileo. 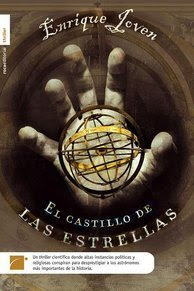 Héctor, a Spanish Jesuit high school science teacher and the novel’s narrator, belongs to an online group of Voynich enthusiasts who try to uncover the truth behind the document. Their investigation is impacted by the publication of a popular science book, Heavenly Intrigue (Doubleday, 2004) by Joshua and Anne-Lee Guilder, which suggests Kepler murdered Brahe to take credit for hismaster’s mathematical discoveries. Héctor then finds out that the solution to the Voynich Manuscript mystery may lie closer to home than he ever imagined.
When his Jesuit superior tells him that a foreign real estate speculator has been scheming to close the prep school, Héctor learns the speculator is interested because the Voynich Manuscript may have been hidden in the catacombs beneath the church next door to the school. As the plot thickens, more and more Voynich enthusiasts come to light, many of whom have connections to religious, quasi-religious, and political organizations based around the world, including in the U.S.
From Publishing Trends (March 2007 issue)
http://www.publishingtrends.com/copy/07/0703/0703IntBest_MathfortheMasses.html
Plot summary:
Héctor is a Jesuit teacher who works in a small Spanish town, but his interests go further than his job. He belongs to an Internet group of investigators that try to unveil the secrets of a book known as the Voynich Manuscript (an actual book of unknown authorship that is currently housed in the Yale University Rare Books Collection). The story of this historical manuscript has been linked to the biggest astronomers of all times and its contents have never been deciphered since it appeared in the court of Rudolph II, nephew of Philip II and Emperor of the Sacred Roman Empire.
John (a British scientist) and Juana (a Mexican millionaire) are Héctor’s closest online friends. Together, they discuss the many hypothesis that try to find the meaning of the darkest parts of the text as a way to escape from daily routine. Besides, their investigations bring them closer to their admired masters Brahe, Kepler and many other brilliant scientists. Could the manuscript perhaps be the codified findings of either of these two scientists, written in a special language to conceal their scientific discoveries from the Catholic Church and its Inquisition?
But the publication of a book about the manuscript in the US (Heavenly Intrigue, again, a real book by Joshua and Anne-Lee Guilder, Doubleday, 2004), and the mysterious interest of a big American corporation to acquire the plot where Héctor’s school is built will prove that there’s much more people tracking the enigmas of the Voynich Manuscript, and that not everyone does it for the sake of science.
The investigations of the young Jesuit and his two colleagues, along with those of one of his students at school, lead to unsuspected discoveries and dangers throughout the novel, involving not only themselves. It turns out that for many years the mystery of the Voynich Manuscript has interested a number of religious and quasi-religious organizations, some of them with extremely powerful political connections. These organizations include the actual Society of Jesus, which in fact had been the unknown guardian of the manuscript during a long period. They also include an organization in the US known as the Discovery Institute, with ties to the Government and with the explicit agenda of promoting the theories of Creationism. What possible interest, however, could they have in deciphering the Voynich Manuscript?
Castle of the Stars is a novel of science and intrigue, but one based upon much less fiction than it would appear. Although it is filled with the speculative relationship between the death of Brahe and the composition of this uncanny Voynich Manuscript, the work is centred around a basic issue of our times: Is contemporary society correct in opposing the concepts of faith and reason, religion and science?
Enrique Joven was born in Zaragoza (Spain) in 1964. He is a Doctor in Physics and a writer (this is his second novel) and since 1991 he works at the Institute of Astrophysics of the Canary Islands, in Tenerife.
Rihgts of El castillo de las estellas have been sold to Harper Collins/William Morrow (USA), Il punto d’incontro (Italy), Livanis (Greece), AST (Russia) and Hainaim Publishing (Korea).
• 2009 has been declared by United Nations and UNESCO as the Internacional Year of Astronomy: http://www.astronomy2009.org/
Publicat per SalmaiaLit a 9:18 Cap comentari: