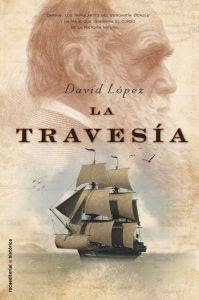 Publicat per SalmaiaLit a 22:24 Cap comentari: 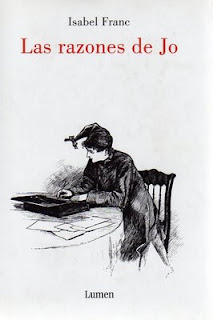 Las razones de Jo poses a response in Jo’s own voice and with her same rebellious nature. The author that has brought her back to life on the page, Isabel Franc, gets into the character’s skin in order to reinvent her and give her the last word from her own pen. Jo provides her own perspective on what happened: Papa was no hero; he went to the front because he was fed up with so many women.
There is also a battle fought over love. Jo falls in love with a woman in New York, turning her long-imagined fantasies into reality. With her, she experiences a relationship on equal terms, knowing pleasure and sharing intellectual ideas and interests. She denounces the theory of the period that considered homosexuality a disease and demands the right to live her love freely.
Finally, our little woman returns to her hometown and marries a dull man. But she doesn’t stop writing, and in a drawer in the room of her own that she’s always kept she stores her unpublished works. Among them is this literary legacy in which she explains her reasons...
**
Isabel Franc made her literary debut with the novel Entre todas las mujeres (Tusquets 1992), an unusual book that was named as a finalist in the Premio La Sonrisa Vertical. She has participated in several poetry collectives (Abecedaria 1995, 1996 and 1997) and has published short stories in the magazines Zero and Nosotras. Amongst other novels, she is the author of the celebrated Trilogía de Lola Van Guardia, edited by Egales, which includes the titles: Con Pedigree (1997); Plumas de Doble Filo (1999); and La mansión de las Tríbadas (2002), all three translated into French and published by Odin.
She recently published a graphic novel in collaboration with Susanna Martín: Alicia en un mundo real (Alice in a Real World, Norma Editorial, 2010).
Publicat per SalmaiaLit a 9:32 Cap comentari:

'Modotti', by Ángel de la Calle, will be translated into French

Tina Modotti (in the picture by Edward Weston, in 1923) was a woman of the 20th Century: photographer, actress, muse to writers and artists, politically engaged, free, poliphacetic, and witness to many important events and artistical landmarks.
Editorial SinSentido published in Spanish a graphic biography of this extraordinary character created (text & illustrations) by Ángel de la Calle: 'Modotti: Una mujer del siglo XX'
De la Calle tells us about Modotti's life, a continuing adventure: A beautiful Hollywood star at an early age, she moved to the post-revolutionary Mexico with her friend and lover Edward Weston (now an acclaimed photographer) where she became actively engaged with the communist party, took thousands of photographs and also became the lover of almost as many men... she also was friends with artists of her time such as Mayakovsky, Bernard Tavern, Antonio Machado, Neruda, Diego Rivera, John Dos Passos, Frida Khalo...
She lived her time, from the glamourous 'Belle Epoque' to the Europe of the Totalitarism in the 1930s (travelling to Paris, Berlin, Moscow…) and lived in Spain during the Civil War. She then flew back to Mexico escaping from Franco. She died there in 1942, alone and in a taxi.
In 'Modotti' Ángel de la Calle becomes himself a character who incidentally finds a picture of Tina Modotti and starts investigating about her life. Thus, the book becomes not only a biography of the photographer but also a hooking voyage of discovery, admiration and devotion towards her personality and her work.
Tina Modotti's life, now revisited by Ángel de la Calle in this magnificent graphic novel, stands alone as an example, and a lesson, of personal freedom and engagement. 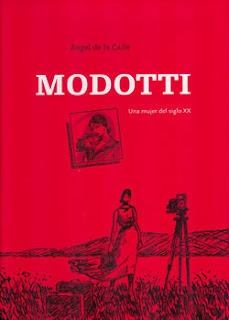 ‘Modotti’ has received countless awards in Spain, amongst them to the ‘Best Work and Best Script at the Barcelona Comic Salon in 2004’; ‘Best script in 2006’ and the prestigious Premio de la Crítica a Mejor obra española (2006).
Translation rights have already bee sold to: Italy (001 Edizioni), Germany (Rotbuch) and Brazil (Conard).
Poet Pablo Neruda composed Tina Modotti's epitaph, part of which can also be found on her tombstone:
Pure your gentle name, pure your fragile life,
Bees, shadows, fire, snow, silence and foam,
Combined with steel and wire and
Pollen to make up your firm
And delicate being.
Publicat per SalmaiaLit a 10:35 Cap comentari:

'El anticuario' will be published in Romania as well

Editura Allfa has recently acquired Romanian rights of 'El anticuario' (The Antiques Delaer), by Julián Sánchez.
El anticuario (RocaEditorial) is a novel about a secret, a murder, a search, a love and an adventure all over the streets of a mysterious Barcelona. A story of intrigue, suspense and search of the truth, set in nowadays and 15th C. Barcelona. (Plot summary here)
The publishers who had already acquired rights are:
LimesVerlag/ Random House (Germany), Querido (The Netherlands), Livanis (Greece), Einaudi/Stile Libero (Italy), AST (Russia), Swiat Ksiaszky (Poland), Jota (Czech Republic) and Shangai Translation (China). 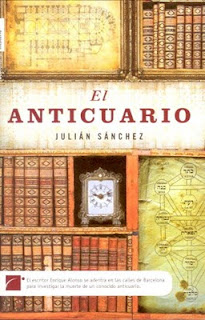 Publicat per SalmaiaLit a 16:37 Cap comentari: