This is Trago amargo's soundtrack... prepare your favourite cocktail, switch on your speakers, click (here) and enjoy!
Below you have a first taste...

Trago amargo (Bitter Drink), by F.G. Haghenbeck, will be published in Spain on June 15. Rights have also been sold to Denoël (France).
More info about the novel (here). 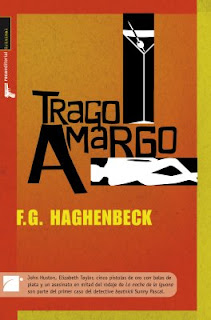 And the beginning of the novel in Spanish (here).
Publicat per SalmaiaLit a 18:06 Cap comentari:

Editorial Planeta has recently acquired world Spanish rights of Christian Moerk's 'Darling Jim'
This novel, originally a Danish bestseller (Politikens Förlag) has recently been published in the USA by Henry Holt and in Germany by Piper Verlag. The Spanish rights deal was made by SalmaiaLit on behalf of Joakim Hansson at Nordin Agency (Sweden).
By accident, a young mailmain in a Dublin suburb finds a slain woman’s diary in the dead letter bin. From beyond the grave, she reveals the secrets of the most tragic love story he’s ever heard. But that’s not the end of the tale. It’s only just begun. 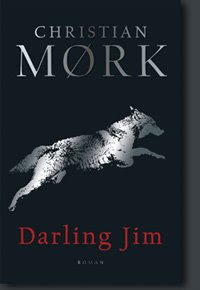 Now young Niall is enveloped by the mystery about the itinerant storyteller Jim, who travelled around Ireland, enrapturing audiences with his macabre tales. Horrific murders were being committed wherever he went. The victims were young women, who bore an all too frightening similarity to the victims in Jim’s own fictional plots.
Three young sisters in a small town were the only ones who begun to suspect that these were more than mere coincidences. They began to investigate Jim’s past. But they should never have tried to peer behind the storyteller’s mask. For behind the polished charm lurked something else much better suited for dark fiction than the light of present day.
As Niall finds another sister’s diary, he now understands what happened to two of the three sisters. But the third has vanished, and hides somewhere in the wilds of western Ireland. He must now find her while there’s still time. Or they’re both forsaken.
And in the woods, the wolves from Jim’s stories begin to gather...
Darling Jim is a modern, gothic thriller with elements drawn from classic mythology.
Darling Jim is also on facebook! (here)
Rights sold:
USA, Henry Holt (lead title, publication May 2009), Denmark, Politiken (lead title, already published in 2007), Germany, Piper (lead title, publication March 2009), Netherlands, De Geus, Sweden, Lind & Co (lead title, publication spring 2009), Italy, Marsilio, Russia, Mir Knigi, Spanish, Planeta, Croatia, Fraktura, Poland, Rzeczpospolita, Norway, Schibsted, Romania RAO, France, Éditions du Rocher and China, Sun Color
Publicat per SalmaiaLit a 0:45 Cap comentari: