Foreign rights have also been sold to Sonzogno in Italy.

“A novel with a remarkable power to surprise through its microworlds, in a Barcelona that resembles LA. Better than Ghost World. Someone has to take this to the screen.”
—Agustín Fernández Mallo, author of Nocilla Dream

You have all the info (here), and also below:

“A novel in which the comics of Marvel, the detective novel, the onomatopoeias of Bukowski, [and] the uproarious universe of Douglas Adams . . . bubble like a cauldron full of Pop Rocks.”
—David Morán, ABC (Spain)

“Adventure, humor, ingenuity, hard-boiled, the brashness of indie cinema, and a healthy irreverence. As soon as you read [Laura Fernández] you don’t understand how you could be without her. To read her produces the same euphoria as reading Douglas Adams or Vonnegut.”
—Javier Calvo, author of Wonderful World

“A novel with an abundance of characters, metaliterary subplots, and detectivesque business is, by definition, a Roberto Bolaño novel. And a novel with the aforementioned elements with a good dash of humor added is, from now on, a Laura Fernández novel.”
—La Vanguardia (Spain)

“Surreal and psychodelic, . . . a wink to the grotesque ambience of Almodóvar and to the nerd and underground culture of comics . . . A hymn to freedom and to the power of imagination.”
—La Repubblica (Italy)

The quixotic adventure of a quirky redhead determined to rid the world of supervillains and
an explosive cocktail of pop culture and noir, destined to become a cult classic 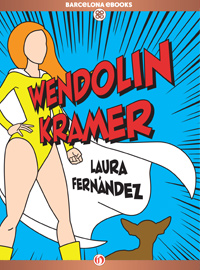 Wendolin Kramer is not just any girl. She’s Wondergirl. Or so she thinks. She keeps an outfit, complete with a cape, in her wardrobe and waits for Kirk Cameron to answer her letters. Almost thirty years old, she lives with her domineering mother, her henpecked father, and her depressed, pink pooch, Earl, in a tiny apartment in post-Olympic Barcelona, running a detective agency from her bedroom.

When she accepts a case to follow private investigator-cum-gigolo Francis Dómino, Wen plunges into an adventure that will change her life forever. While dealing with her mysterious client, she tangles with a comic-store clerk, an assassin, and the fans of Vendolin Woolfin, the bestselling romance novelist who hides a dark secret.

Can superheroines take on the world without turning into supervillains? Wen is about to find out.

Publicat per SalmaiaLit a 12:11 Cap comentari:

Publicat per SalmaiaLit a 12:03 Cap comentari: 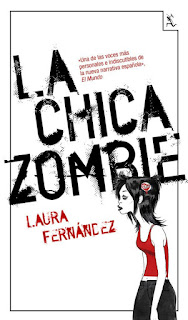 Publicat per SalmaiaLit a 11:54 Cap comentari: