We are happy to announce the deal for Portuguese rights in Brazil of 'Miel y almendras', by Maha Akhtar.  It will be published there by Planeta Brazil. Rights were previously acquired in a pre-empt in Italy by Nord (GEMS).

'Miel y almendras' (Honey and Almonds) is a novel originally published in Spanish by RocaEditorial, 2012 (469 pp.) A small group of women from different social backgrounds meet at Lebanon’s Beauty Saloon Cleopatra. Their fears, mistakes and the wish to rebuild their lives are at the centre of ‘Miel y almendras’, an exotic novel in which it is easy to recognise bits of our own lives. 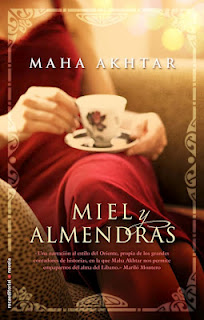 'Miel y almendras' is built up by the stories of different women, who meet at the small beauty saloon ‘Cleopatra’, in Beirut. Mouna, the owner, is 37 and remains unmarried. Her mother still criticises the way she dresses and her make up. Besides, she is having serious difficulties to keep the bussiness running. The Cleopatra lived better moments when the neighbourhood where it is located was a chic area of Beirut. Now, after the civil war its decay is obvious.

But by chance, four of the most important women in the country become her regular clients. Each of them has her own story and the reader learns them as the novel develops. The stories told by these women show the contradictions but also the advantages of living in a country where the West and the East converge. Despite the differences in social class and their arguments about modernity and tradition, the Cleopatra becomes a particular Oasis for these women as when they meet in this women-only small paradise they can talk and discuss freely about their lives, their hopes, their frustration... without the feeling that a patriarchal society is watching or judging them.

Maha Akhtar (Beirut, 1963) is an American journalist and writer based in New York. Raised up in the UK and with Indian and Spanish ancestors. Years ago she was PR of the famous band ‘The Cure’ and later she began her career in journalism becoming a producer for CBS News’s Evening News With Dan Rather, 60 Minutes and 48 Hours. She is the author of two successful non-fiction books in Spain: La nieta de la Maharaní and La princesa perdida, both published by RocaEditorial.

Publicat per SalmaiaLit a 13:23 Cap comentari: 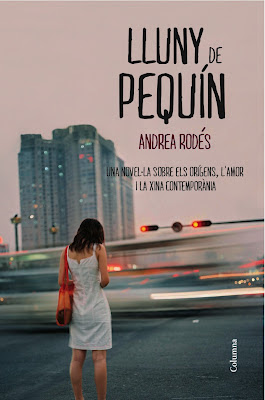 Publicat per SalmaiaLit a 21:57 Cap comentari:

Frankfurter Allgemeine reviews 'The Other Island' by Francisco Suniaga

The German newspaper Frankfurter Allgemeine has published a review of ‘La otra isla’ (The Other Island), by Francisco Suniaga, in its literary supplement ''Feuilleton''. The novel was published in Germany by Mare Verlag. Translation rights have also been acquired recently in France by Éditions Asphalte.

Amongst other things this review, signed by Kersten Knipp, says: “The Great success in its country (Venezuela) is deserved (...) Suniaga wrote a hauntingly melancholic novel, a portrait of an island on the days - and there are many - in which it does not show up in bright blue.” 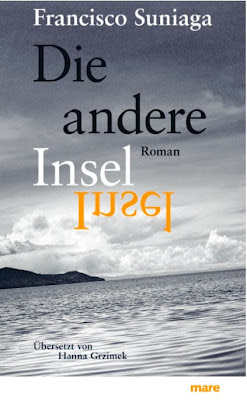 Publicat per SalmaiaLit a 10:41 Cap comentari:

Lots Happened to Me After I Died
by Ricardo Adolfo
Alfaguara Portugal, 2009

“From Amsterdam, where he lives, young Portuguese writer Ricardo Adolfo observes his country with fierce and slashing irony. Only from afar can you see this close. A writer that Portugal needs to discover.”
José Eduardo Agualusa -Winner of the Independent Foreign Fiction Prize 2007

“The new Portuguese literature has to go through here.”
valter hugo mãe - Winner of the José Saramago Literary Award 2007

"If an Author is easily identified by an originality of style, a coherence of inspiration and a capacity to impress, then Ricardo Adolfo is clearly, along with João Tordo, the most notable writer of his generation". Newspaper Sol (Portugal)

Lots Happened to Me After I Died, by Ricardo Adolfo, was selected as the first and leading title in Portuguese language to be published by Alfaguara Portugal, the Portuguese branch of Santillana Group (Spain), launched in September 2009.

***
A young couple and their son, recently arrived illegal immigrants in a big city, are left stranded halfway home when their tube train breaks down. It soon becomes clear they don’t know any alternative route home – and nor can they ask for help as they don’t speak a word of the local language.

Narrated by the husband, a loner locked inside his own mind, who believes that to make a good decision he has to do just the opposite of what he thinks is right, the novel explores the internal fight of someone forced into seclusion because he is unable to communicate with the world around him.
Combining a fast-paced narrative, quirky dialogues and a strong visual sense with an unflinching social conscience, Lots Happened to Me After I Died exposes the struggle of ‘internal’ immigration – much more overwhelming than any physical displacement.

Ricardo Adolfo is an Angolan-born Portuguese writer. Currently he is based in Tokyo. In 2006 Dom Quixote published his debut novel Mizé. Mizé was very well received in Portugal and has subsequently been translated into Spanish (Suma) under the title of La peluquera de Lisboa, German (Berlin Verlag/Bloomsbury Berlin) and Dutch (Querido). In 2010 it was been reprinted in Portugal by Alfaguara Portugal, who have already acquired rights of his new novel (still in progress). In 2012 Alfaguara Portugal will reprint Adolfo’s first published book, a compilation of short stories.

In 2007 he was creative consultant of the short film There’s Only One Sun, shot by award-winning director Wong Kar-Wai. (See it here)

Lots Happened to Me After I Died is Ricardo’s third book. It continues to explore some of the author’s favourite themes, such as the mixture between the banal and the uncanny, and the peaks of tension in the ordinary and mundane.

His writing has been praised for its “…maverick writing, sober and elevated, with an amazingly fine-tuned sense of oral syntax. The dialogue is perfect. Nothing in literature is harder than ‘natural dialogue’…” Fernando Venâncio, writer and critic.

* “Lots happened to me after I died” is a big, enjoyable surprise. Ricardo Adolfo is able to easily pass on those problems that are common to all emigrants: from feeling invisible in the host country, to the uncertainty about the future, the exploitation suffered, the quest for symbols of personal success, etc.
“Diario Digital” (Portugal)

Astor Förlag is a young Swedish publishing house looking for new, young and literary voices to be translated for the first time in Sweden. Amongst their authors we find Mercedes Cebrián, Elvira Navarro or Andrés Barba.

This recent acquisition confirms Ricardo Adolfo as one of the most interesting and promising new Portuguese voices.

Publicat per SalmaiaLit a 13:42 Cap comentari: