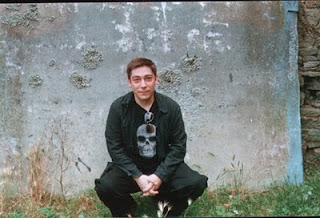 His published works include El espacio aparentemente perdido (Debate, 1996) La felicidad no da el dinero (Debate, 1999), Efectos secundarios (Debate 2000 - Jaén Novel Prize), Alto Voltaje (Mondadori, 2004) and Intente usar otras palabras (Mondadori, 2009).
He has written numerous articles which have appeared in various scientific and literary publications, some of which can be viewed, along with updated information about his work at www.germansierra.com
* “It is impossible to remain indifferent to Germán Sierra’s prose; it is conceptual and full of ideas that are as overwhelming as they are fascinating. This has been true ever since his first book.”
El Mundo (El Cultural)
Publicat per SalmaiaLit a 12:07 Cap comentari: