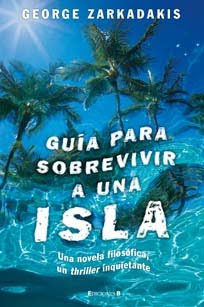 Imagine that you couldn't see your reflection in a mirror or your image in a photograph. Such is the last day of life for Alexander Eleftheriou, a Greek journalist suffering from a rare neurological disease that renders him invisible to himself. Alex must decide whether to have surgery that would correct the problem but wipe out his identity, or waive the surgery to keep his sense of self…but surely die within days.
Ironically, Alexander's brain disorder is not his biggest problem as he becomes the victim of an assassination attempt. As he sinks into a coma, Alex embarks on a surreal odyssey in his last moments of life, while his newspaper colleagues struggle to solve the mystery behind his imminent death. Alexander's fantastical journey reveals his greater role in the universe as he travels to an infinite bookstore, uncovers dark secrets about his parents' past during the German occupation of Athens in World War II, and reunites with his long lost love, Mina.
With remarkable talent and energy, George Zarkadakis creates a bizarre world brimming with suspense, as well as a fascinating journey into the mysterious nature of identity and consciousness.
George Zarkadakis (Athens, 1964) is the publisher of Avgo Books, the science imprint of Oceanida Publications. He is the author of four other novels, which have been published in Greece, Italy and Spain. His second novel End of the East was runner up for the prestigious Greek State Literary Prize. George holds a Ph.D. in Artificial Intelligence and was formerly the Editor-in-Chief of Focus magazine, the largest popular science magazine in Greece. He has written for television, published short stories, poetry, science books, and several of his plays have been staged in Athens. This is his first novel in English.
Publicat per SalmaiaLit a 15:11