I'm almost using the same title that Ronaldo Menéndez (Cuban writer) has used in his article of today's 'Babelia'.
(click here to read the whole article) 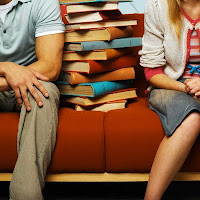 In this article, he explores a situation that is common to many writers from Latin America: they find it hard to get published in countries other than their own and, above all, here in Spain.
For many of them being published in other Spanish speaking countries means leaving behind the label of 'local' writers and becoming 'international' authors (obviously, we could also use 'successful' instead of 'international'). Menéndez says that the difficulties in achieving this goal contribute to the creation of certain myths among writers. Myhts that can become painful and damaging for those writers who subscribe them.
Myths that sustain the everlasting confrontation between a center and a periphery.
I won't comment the whole article but I wanted to stress that I believe this situation, the myth of internationalisation (or success) is not endemical of authors living in Southern America and wanting to get published in Spain (as a gate towards a wider market). I think the same happens in English, French, Portuguese, etc... speaking countries.
From my experience I've seen that it is hard that an Angolan author published in Angola will see his/her work published or distributed in Portugal.  But, and this is what I'd like to stress, many 'central' writers also find it hard to reach the so-called 'periphery'. Not all writers from Spain get published in (let's say) Argentina or Panamá. 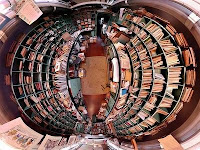 And not all writers from US or UK get published in New Zealand... so, at the end of the day, and as Ménendez wisely points out the danger of promoting and encouraging those myths is that they can become a source of anguish and self-marginalisation.
It is also true that as long as there are Mexicans published in Spain, and Brazilian published in Angola, and Nigerian published in Australia, etc. there is hope for books to travel abroad, and even to get translated into other languages. In a way, this is one of the reasons why we, literary agents, exist.
The literary industry has nothing to do with the individual writer who in his/her solitude strugles to put words toghether in order to deliver us a text. So, writers, get to write, publishers and agents, get to read, and the rest... get to the closest bookshop and ask for books by authors who live far away from you!
Publicat per SalmaiaLit a 19:07